General climate: Arid to semi-arid climate with large temperature differences between altitudes and between warm and cold seasons. 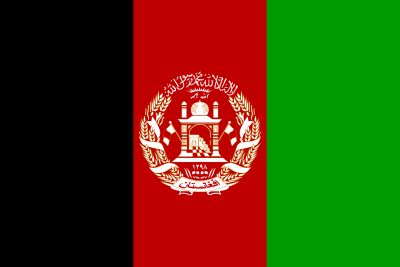 Afghanistan National Disaster Management Authority (ANDMA)
The ANDMA, under the Office of the State Minister for Disaster Management and Humanitarian Affairs (DMHA), was established in 1973 and integrated into the ministry in 2015. The ANDMA, made up of seven directorates distributed across 37 provinces, is the principal executing body at the national level that coordinates all disaster risk reduction, emergency response and recovery activities. It is also the focal point and national platform for reporting on the Sendai Framework and acting as the Secretariat to the NDMC.

National Lead Ministries
Made up of international organizations involved in disaster response, relief, rehabilitation and mitigation. Coordinated by the ANDMA under direction of the National Commissioner.

Provincial Governor’s Office
Made up of the Province level Disaster Management Committees/Commissions (PDMCs), including Line Ministry Offices, who form a link between National disaster Management processes and sub-national processes at the provincial, district and local level. PDMCs are headed by the Provincial Governor and supported by representatives.

Local-level Implementing Partners
Non-government organizations and Community Development Councils directly involved in development and emergency response activities with the community. They work to mainstream risk reduction into development and local governance programs. Shuras and other community institutions, including schools and hospitals, directly reach communities in need of assistance during disasters.

Afghanistan Disaster Management Strategy 2014-2017 provides an outline for the coordination and collaboration within the Ministry of Rural Rehabilitation and Development (MRRD) to implement programs that benefit those affected by disasters. The strategy focuses on mainstreaming disaster management; capacity development; knowledge management; as well as addressing the social and economic needs of vulnerable groups. (A subsequent DRR strategy has been officially endorsed but has not been translated into English).

Office of State Minister for Disaster Management
Find out more